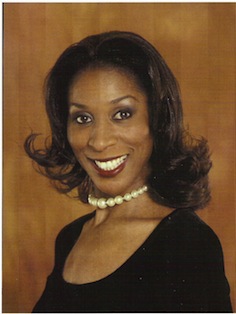 A native of Jackson, Mississippi, Dr. Phyllis Lewis-Hale received the Bachelor of Music Education degree from Jackson State University and the Master of Music and the Doctor of Musical Arts degrees from the University of Cincinnati College-Conservatory of Music in Ohio. Her voice teachers include Mary Henderson Stucky, Richard Heard, and Wayne Sanders. She has coached with Charles Riecker, Susan Ormont, Ted Taylor, David Lofton, Sylvia Olden Lee, Donna Loewy, Sylvia Plyler, Kenneth Griffiths and Kelly Hale. Dr. Lewis-Hale has appeared as a leading soprano soloist in concerts in Italy, Japan, Taiwan, Germany, Austria, Bermuda and throughout the United States.  Some highlights in her career include receiving several performance awards, such as the winner of the IBLA Grand Prize in the International “Monteverdi/Bellini” Vocal Competition held in Italy, a winner in the New Jersey Association of Verismo Opera Vocal Competition held in New York and the recipient of an Encouragement Award from the Metropolitan Opera National Council Awards.  She recorded the “Songs of Separation” of William Grant Still for WGUC Radio in Cincinnati, Ohio and selections by Robert Leigh Morris on his Robert Leigh Morris, Definitive Collection compact disc.

Dr. Lewis-Hale is currently an Instructor of Music and the Director of the Opera/Musical Theatre Workshop at Jackson State University in Jackson, Mississippi. She has also taught at Temple University and Georgetown College in Kentucky. She is the recipient of the 2011 Mississippi Humanities Teacher and Scholar Award.  Dr. Lewis-Hale is serving a third term as the Mississippi District Governor of the National Association of Teachers of Singing. She has served two terms as the President of the Mississippi Chapter of the National Association of Teachers of Singing (NATS) and currently serves as the Vice President for Collegiate and National Competitions for the Mississippi Music Teachers Association (MMTA).  Her students have fared well in competitions hosted by the Classical Singer Magazine, MMTA, NATS and the Federation of Music Clubs at the state and regional levels.

Dr. Lewis-Hale’s special research interests include identifying, preserving and performing concert adaptations of the under-explored folk songs that originated with the African slaves who were dispersed throughout the United States. Her latest research project involved the preservation of the Afro-Creole folk songs of Louisiana which developed under the same conditions on the Louisiana plantations of the late eighteenth and nineteenth centuries and, unlike the Negro spiritual, has barely survived and is not explored widely. The findings of her research were published in the Journal of Singing, the peer-reviewed journal of the National Association of Teachers of Singing (NATS), May/June 2017.  Dr. Lewis-Hale has presented lecture/recitals at numerous colleges and universities and at the National Association of African-American Studies National Conference, the National Association of Teachers of Singing National Conference, the Super Regional Conference of the College Music Society, as well as, the College Music Society’s National Conference.

As a guest artist, Dr. Lewis-Hale as performed with such orchestras as the Philadelphia Young Artist Orchestra, the Phoenix Symphony, the Alabama Symphony, the Greenville Symphony, the Little Orchestra Society of New York, the Evansville Philharmonic, the Bermuda Philharmonic, the Johnson City Orchestra and the Meridian Symphony.  Other appearances include concerts at the Marasco Villa in Florence, Italy, the Ibla Piazza Pola in Italy, the Nagaragawa Convention Center in Gifu Japan, the Taipei City Cultural Center in Taipei City, Taiwan, the Kimmel Center of the Performing Arts of Philadelphia, the New York Metropolitan Museum of Arts’ Grace Rainey Rogers Auditorium and the Schomburg Center in Harlem, the Mannes College of Music, the Greenwich House School of Music, the Casa Italiana Zerilli-Marimo at New York University, the North Carolina School of the Arts, the Montgomery County Community College Science Center Auditorium and Lincoln Hall for the Union League of Philadelphia’s Gala Banquet honoring Maestro Wolfgang Sawallisch on the occasion of the 100th Anniversary of the Philadelphia Orchestra. As an active recitalist, Dr. Lewis-Hale has performed at colleges and universities across the nation. Other recital appearances include the Mississippi State Conference of the National Association of Teachers of Singing Member Artists Recitals and the Hinds Community College-Utica Campus Fine Arts Week Festival.

Dr. Lewis-Hale has appeared with opera companies such as Indianapolis Opera, Opera Memphis, the Houston Ebony Opera, the Opera North Company of Philadelphia, Opera Ebony of New York, Mississippi Opera, the Opera/South Company of Jackson and the Brevard Music Center Opera Theater of North Carolina.  She has served as Artist-in Residence at the International School of Performing Arts’ Two-week Opera Festival held in Doylestown, Pennsylvania.